The eighth day of the impeachment trial of President Donald J. Trump launched the Question and Answer phase from Senators, using the opportunity to expand upon and highlight key points in their oral presentations. 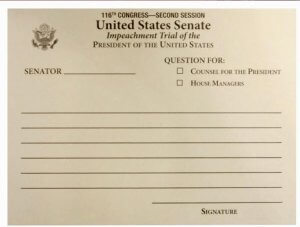 Senators submit their questions on a card to Chief Justice Roberts

Leaks of the manuscript, due to be published March 17th, site firsthand conversations with Trump in which he told Bolton he was withholding US aid to Ukraine until Ukraine agreed to an investigation of Joe Biden and his son, Hunter.

White House Deputy Counsel Patrick Philbin answered simply that "we assumed that Mr. Bolton was disgruntled and we didn't expect that he was going to be saying a lot of nice things about the president. But nobody told us anything about that." Trump's allies have claimed that Bolton's book was not viewed by anyone outside the NSC, but reporting claims the private manuscript was copied without authorization.

House Manager Adam Schiff later pointed out that Philbin's response did not answer whether "White House lawyers found out what's in it." 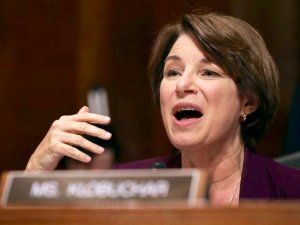 In the Senate Gallery where four Democratic presidential contenders, three of whom submitted their own questions.

Senator Amy Klobuchar (D-MN) questioned the rationale for not allowing a single witness in the Trump impeachment trial when the last senate impeachment trial, of a federal judge, included dozens.

"I was on the trial committee for the last impeachment trial in the Senate, which involved Judge Thomas Porteous who was ultimately removed. During that time, the Senate trial committee heard from 26 witnesses, 17 of whom had not previously testified in the House. What possible reason could there be for allowing 26 witnesses in a judicial impeachment trial and hearing none for a president's trial?"

Senator Bernie Sanders (I-VT) asked, "Given the media has documented President Donald Trump's thousands of lies while in office, more than 16,200 as of January 20th, why should we be expected to believe that anything President Trump says has credibility?"

Schiff replied, "Well, I'm not quite sure where to begin with that question except to say that, if every defendant in a trial could be exonerated just by denying the crime, there would be no trial."

Senator Elizabeth Warren (D-MA) asked if Ukrainian President Volodymyr Zelensky had called Trump and offered "dirt on his political rivals in exchange for hundreds of millions in military aid," it would clearly be bribery and an impeachable offense, so why would it not be the case for Trump? 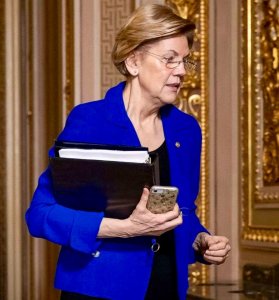 Philbin pushed back on Warren's hypothetical, saying that the charges brought by the House do not include bribery, nor extortion. "A hypothetical that is contrary to what the facts were here...that's all besides the point."

Senator Mitt Romney (R-UT), who is among the pivotal votes sought to secure witnesses,
asked, "On what specific date did President Trump first order the hold on security assistance to Ukraine and did he explain the reason at that time?"

Philbin said there was "no evidence in the record of a specific date," but there is testimony showing that officials at the Office of Management and Budget were aware of the hold as early as June 3rd. Philbin sited testimony from an OMB official who said the president was concerned about corruption, which has been their defense for his withholding the aid.

Trump attorney Alan Dershowitz once again provided some of the more memorable statements, advancing the theory that a president acting in the public's interest can't be impeached.

Dershowitz said, "If the president does something that he thinks will help him get elected, in the public interest, that cannot be the kind of quid pro quo that results in impeachment."

Sidelines
While the Q&A was taking place inside the US Capitol, Lev Parnas, the indicted associate of President Trump and Rudy Giuliani, was outside talking to reporters. 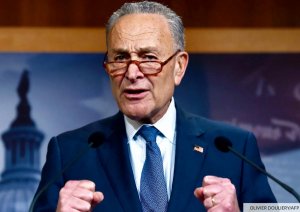 Parnas, who was prohibited from entering the chamber because he was wearing a GPS ankle monitor, told the Wall Street Journal he no longer communicates with Giuliani, who has reached out to Parnas several times after Parnas said he would cooperate with the impeachment inquiry.

When asked if he had information that could prove problematic for the president's case Parnas answered, "Absolutely."

Next Up
The Question and Answer phase of the trial continues today, Thursday, January 30th, at 1:00pm ET.

It was a busy weekend for the country, and the ongoing “days of action” in the new world of the new Trump Administration. Among the 22 Presidential Executive Orders and Memoranda, the...