With an election taking place amid a national pandemic, media messaging is more critical than ever as a tool to reach and persuade voters. While digital advertising on social media is a critical component of any campaign strategy, traditional broadcast media still consumes the largest portion of the war chest.

In what is already the most expensive presidential election in history, the 2020 presidential candidates are projected to spend a record $2.7 billion on political advertising, 70% of which is expected to go to traditional on-air campaign ads.

An October 15, 2020 analysis by the Wesleyan Media Project and the Center for Responsive Politics, found that nearly 2 million television airings have occurred in the presidential race, an increase of 147% over 2016, at an estimated cost of $1.3 billion. An additional $615 million has been spent on Facebook and Google by the presidential candidates, their leadership PACs and single-candidate SuperPACs since January 2019.

The Wesleyan analysis showed, since April, Trump has outspent Biden on social media by about 22% while Biden has outspent Trump on television by 28%.

Spending in the States
Biden's dominance in the ad wars, however, has increased significantly in recent months, to now a 2-to-1 advantage on the airwaves over Trump, most prominently in key battleground states.

According to ad tracking firm Advertising Analytics, over the last month Biden has spent $53 million to Trump's $17 million in the crucial swing states of Michigan, Pennsylvania and Wisconsin. 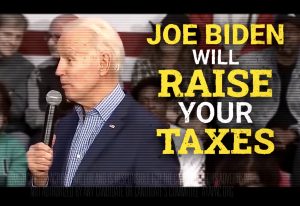 Biden's superior fundraising advantage has forced the Trump campaign to reprioritize their spending, shifting their level of investment in battleground states like Iowa and Ohio, to defending their hold on Republican-leaning states like Arizona and Georgia.

Florida, however, and its 29 electoral votes, is the target of the most current spending, with almost 9,200 ad airings in the Tampa media market, followed by 8,000 in ad airings in both Orlando and Miami since September 28th.

The Philadelphia media market comes in fourth on the list, with over 7,100 ad airings, followed by Phoenix, Harrisburg, Milwaukee and Pittsburgh. In every single market in the top 25, pro-Biden ads have outnumbered pro-Trump ads over the past two weeks - sometimes substantially. 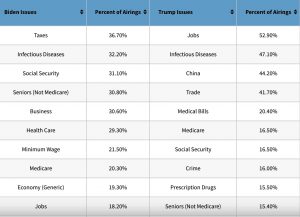 On The Issues
In this exceptionally polarized election, it is no surprise that a majority of ads are either negative or a contrast ad between the candidates and their records.

The Biden campaign temporarily took down all negative ads after President Trump announced he had tested positive for the coronavirus, but the gloves came back off after Trump was back on the stump in a series of superspreader rallies. 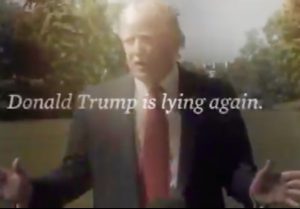 The focus on the issues has also shifted since September 28th, with Trump's focus on a promise to "eradicate the coronavirus," end America's reliance on China and his purported delivery of jobs. The subject of immigration, previously a top topic, has fallen to just 11% of ad airings.

COVID has also been a top issue for the Biden campaign, along with taxes, social security, seniors, and healthcare.

June 17, 2020 This week, the Democratic National Committee (DNC) kicked off a general election offensive campaign in the field, on air, online and at the ballot box. Taking the Battle to the...