Today, Friday, June 19th, is "Juneteenth," the day that historically celebrates the end of slavery in the United States.

History
"Juneteenth" is a combination of "June" and "nineteenth," the day, in 1865, when Union soldiers announced in Galveston, Texas that all previously enslaved people were free, more than two years after the Emancipation Proclamation went into effect. 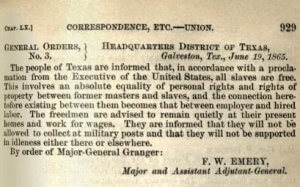 The Emancipation Proclamation, signed by President Abraham Lincoln on January 1, 1863, three years into the bloody American Civil War (1861-1865), declared "that all persons held as slaves within any state...in rebellions against the U.S. shall be then, thenceforward and forever free."

The institution of slavery, however, still existed in Union  border states that did not declare secession from the Union and did not join the Confederacy.

It took Union soldiers riding through the South to enforce an order many slaves did not know existed. Texas was the most remote of the slave states, and the last holdout, finally freeing the quarter-million slaves residing in the state.

America's Second Independence Day
Juneteenth has since been celebrated as a de facto second Independence Day for many African Americans, commemorating the end of slavery and the beginning of a centuries-long struggle to live up to our country's founding promise of justice and equality for all.

Commemorations date back to 1866, with church-centered community gatherings in Texas, which eventually spread to more commercialized events across the South in the 1920s and 1930s. Although recognition of the day wanned in the wake of the Depression, Juneteenth celebrations experienced a resurgence following the civil rights struggles of the 1960's, focusing on African American freedom and arts.

On June 1, 1980 Texas became the first to officially recognize Juneteenth as a state holiday, and by the 21st century, Juneteenth was celebrated in most major cities across the United States. Today it is legally recognized as an annual state or ceremonial holiday in all states, with the exception of Hawaii, North Dakota, South Dakota and Montana.

This year's Juneteenth falls during a powerful period of civil unrest and calls for justice and racial equality in the wake of a series of tragic black American deaths at the hands of police.

As protests continue throughout the country, the importance of Juneteenth as a shared history and celebration of freedom from racism for all Americans is amplified. 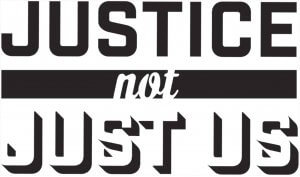 In the wake of the nationwide outcry over police brutality and systematic racism, and a pandemic that has disproportionately affected people of color, communities, corporations and Congress have intensified calls to make Juneteenth a federal holiday.

Yesterday, Texas Congresswoman Sheila Jackson Lee (D) introduced H.R. 7232, the Juneteenth National Independence Day Act, saying "Juneteenth legislation is a call for freedom, but it also reinforces the history of African Americans. We've fought for this country. We've made great strides, but we're still the victims of sharp disparities." Now is the time, she said, for people "to understand the history not necessarily only of African Americans, but the history of America."

Harris, a top contender for Joe Biden's vice presidential pick, tweeted, "Today we recognize the hard-fought road that led to the emancipation of enslaved people and recommit ourselves to America's promise of equal justice for all. Let us never lose hope that change will come." 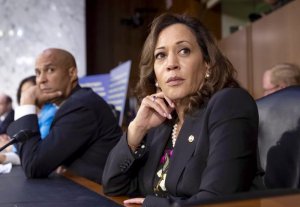 Co-Sponsors Cory Booker and Kamala Harris. Booker: "Juneteenth is about reclaiming our history, rejoicing in the progress we've made, and recommitting to the work yet undone" (Scott Applewhite/AP)

If passed, the bill would make Juneteenth the first addition to the U.S. list of federal holidays in almost 40 years, after Martin Luther King Day in 1983.

By contrast, our country's president, Donald Trump, came under widespread condemnation for scheduling his first campaign rally in over 100 days to be held on June 19, 2020, in Tulsa, Oklahoma -- a city infamous for being the site of one of the worst post-Civil War acts of violence against Black Americans in United States history.

After facing extreme backlash, Trump, who admitted he had not heard of Juneteenth, changed the rally's date to June 20th, "out of respect because I had two African-American friends."

When asked about his decision to change the date, Trump argued the controversy he created was positive. "I did something good. I made it famous. I made Juneteenth very famous. It's actually an important event, it's an important time. But nobody had heard of it."

Make Juneteenth A National Holiday:
She The People's Petition
Find An Action:
Movement for Black Lives (M4BL)
Teach Your Children:
Juneteenth For Mazio

September 19, 2019 Friday, September 13th, was the 25th anniversary of the Violence Against Women Act, the landmark legislation that creates and supports comprehensive, cost-effective responses to...